Can you distinguish between the two main categories of nucleating agents, promotion or inhibition?

Nucleating agents are a class of substances used to regulate the rate and number of nuclei before they form stable nuclei. With the development of nucleation theory, nucleating agents can be divided into two categories: those that promote or inhibit nucleation.

Talc and mica are two very effective inorganic nucleation promoters. The nucleation agents are added to polymers by direct mixing, melt mixing, and can result in a large increase in the crystallinity of difficult to crystallize polymers.

PET is the main species of polyester fibre with excellent properties, but the crystallization rate is slow and tends to lead to incomplete and non-uniform crystallization. However, the addition of polyether enhances the chain segment activity of PET, resulting in a significant increase in the crystallinity of PET.

Inorganic nucleation inhibitors are often added to the studied systems as impurity ions. For example, iron and aluminium ions are attracted to the crystal surface by the nucleus due to their asymmetric charge, which prevents the growth of the crystal and thus inhibits nucleation.

The extremely high rate of nucleation and rapid crystallization of polyformaldehyde in the polymerization reaction leads to many combined defects in processing. The addition of NBR and the inhibition effect increases with the amount of NBR and the dispersion.

In solution crystallization systems, the crystal crystallization process can be divided into: formation of supersaturated solutions, generation of pre-nuclear clusters, nucleation and nucleation growth. Nucleation promoters, on the other hand, act as nucleation centres, reducing the free energy of nucleation required for solute molecules to form nuclei; inhibitors, on the contrary, dissolve the unstable pre-nuclear clusters formed by destroying them so that they do not reach the critical size for nuclei formation. 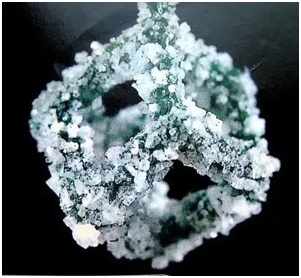