One of the ways to solve this problem is to build a solar power station on the water, support the electric panels by using a floating body stand, and connect all the electric panels together. These floating bodies adopt a hollow structure and are made by a blow molding process, and the cost is relatively low. Think of it as a waterbed net made of strong rigid plastic. Suitable locations for this type of floating photovoltaic power station include natural lakes, man-made reservoirs, and abandoned mines and potholes.

Save land resources and settle floating power stations on water 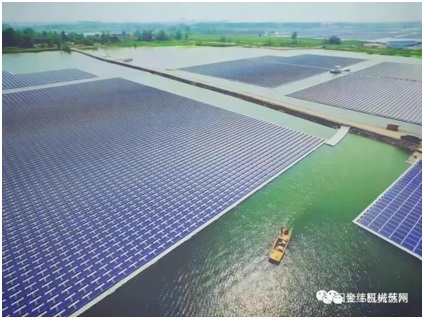 According to the Where Sun Meets Water, Floating Solar Market Report released by the World Bank in 2018, the installation of floating solar power generation facilities in existing hydropower stations, especially large hydropower stations that can be flexibly operated it’s very meaningful. The report believes that the installation of solar panels can increase the power generation of hydropower stations, and at the same time can flexibly manage power stations during dry periods, making them more cost-effective. The report pointed out: “In areas with underdeveloped power grids, such as sub-Saharan Africa and some developing Asian countries, floating solar power stations may be of special significance.”
Floating solar power plants not only use idle space, but may also be more efficient than land based solar power plants because water can cool photovoltaic panels, thereby increasing their power generation capacity. Secondly, photovoltaic panels help reduce the evaporation of water, which becomes a big advantage when the water is used for other purposes. As water resources become more precious, this advantage will become more apparent. In addition, floating solar power plants can also improve water quality by slowing down algae growth.

Mature applications of floating power stations in the world 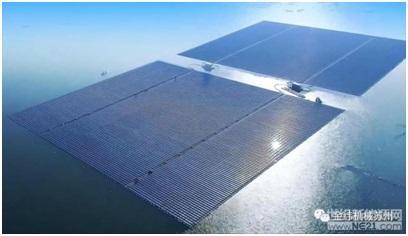 The polyethylene and polypropylene grades of the floating body stand on the water and the compounds based on these materials can ensure that the floating body stand on the water can stably support the solar panels during long-term use. These materials have strong resistance to degradation caused by ultraviolet radiation, which is undoubtedly very important for this application. In the accelerated aging test according to international standards, their resistance to environmental stress cracking (ESCR) exceeds 3000 hours, which means that in real life, they can continue to work for more than 25 years. In addition, the creep resistance of these materials is also very high, ensuring that the parts will not stretch under continuous pressure, thereby maintaining the firmness of the floating body frame.

SABIC has specially developed the high-density polyethylene grade SABIC B5308 for the floats of the water photovoltaic system, which can meet all the performance requirements in the above processing and use. This grade product has been recognized by many professional water photovoltaic system enterprises. HDPE B5308 is a multi-modal molecular weight distribution polymer material with special processing and performance characteristics. It has excellent ESCR (environmental stress crack resistance), excellent mechanical properties, and can achieve between toughness and rigidity Good balance (this is not easy to achieve in plastics), and long service life, easy to blow molding processing. As the pressure on clean energy production increases, SABIC expects that the installation speed of floating photovoltaic power stations will further accelerate. At present, SABIC has launched floating photovoltaic power station projects in Japan and China. SABIC believes that its polymer solutions will become the key to further release the potential of FPV technology. 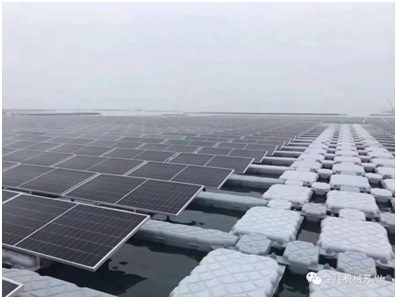 Suzhou Jwell Plastic Machinery Co., Ltd. is another important development strategy center of Jwell Company. It is a high-tech manufacturer dedicated to the development and manufacturing of blow molding equipment.
At present, the installed floating solar systems generally use the main floating body and the auxiliary floating body, the volume of which ranges from 50 liters to 300 liters, and these floating bodies are produced by large-scale blow molding equipment.

JWZ-BM160/230 Customized Blow Molding Machine adopts a specially designed high-efficiency screw extrusion system, a storage mold, a servo energy-saving device and an imported PLC control system, and a special model is customized according to the product structure to ensure efficient and stable production of the equipment.