On March 18, Global Recycling Day, Sensoneo released the 2022 Global Waste Index, which analyzes the efficiency of waste management in 38 countries around the world and ranks the world’s biggest waste polluters. The index shows that there are still significant differences in the amount of waste produced in the world and how it is treated.

Sensoneo is a leading provider of intelligent enterprise-level waste management solutions operating in 60 countries and territories around the world. The index was first published in 2019. 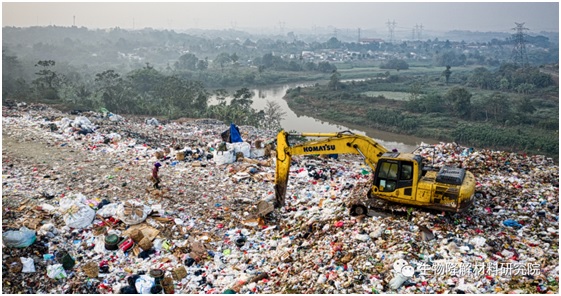 The global Waste Index ranking 2022, from top to bottom, starts with the highest-scoring countries and goes to the world’s largest waste producers. 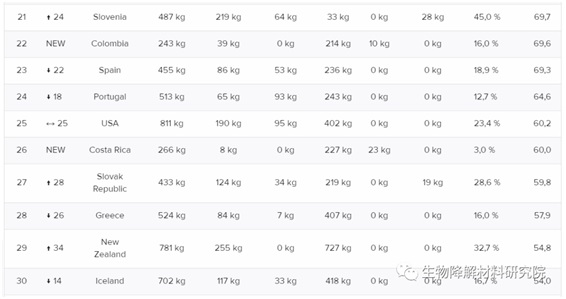 1. Turkey has repeatedly been the world’s largest waste producer
Turkey again ranked as the least environmentally friendly waste management country, as it did three years ago. In fact, as recently as 2019, Turkey did not recycle any waste at all. Today, according to official figures, 47 kilograms are recycled per person. However, despite these obvious improvements in recycling, a large amount of waste – 176 kg per capita – is still disposed of illegally each year.

2. UK has better waste management
From an environmental point of view, waste incineration is preferable to landfill. Only 17 of the 38 countries in the report burn more than they put into landfills. They are Austria, Belgium, Denmark, Estonia, Finland, France, Germany, Ireland, Japan, Luxembourg, the Netherlands, Norway, Slovenia, South Korea, Sweden, Switzerland and the United Kingdom. The UK has seen improvements in waste management since the last report in 2019. The UK’s score rose from 20th to 18th place due to the low amount of waste generated (down from 468kg per person in 2019 to 463kg in 2022). Less waste is also ending up in landfill: in 2019, 109kg of waste was sent to landfill per person in the UK, down to 69kg in 2022. At the same time, more waste is incinerated — 190 kg per person in 2022 compared to 152 kg in 2019, according to the Global Waste Index.

3. The United States produces the largest amount of private waste: 811 kilograms per person
Most of the waste is produced in the United States. Each American citizen currently generates 811 kilograms of trash, about half of which ends up in landfills. At the same time, only 95 kilograms of that was burned. American citizens produce 2 kilograms more garbage today than they did in 2019. In the UK, the amount of rubbish per person fell by 5kg over the same period, despite the corona virus pandemic increasing the use of more disposable items, such as surgical masks and rapid COVID-19 tests. 4. The great recycling myth
Many countries like to boast about their advanced waste management and high recycling rates. Sweden, South Korea and Germany among them, Germany is often hailed as a world champion in recycling. However, high recycling rates for plastic waste can be misleading. This figure is taken from the amount of waste that reaches the recycling plant, but not everything is recycled through material recycling. This figure is the amount of waste at the beginning of the long sorting process, at the end of which only a small fraction is reused. The rest is burned, i.e. “recycled” through energy recovery. Environmental groups such as Friends of the Earth in Germany estimate, less than 16 per cent of recyclable waste earmarked for recycling in Germany can be reused. The biggest problem was caused by a mixture of recyclable materials, such as yogurt POTS with cardboard covers and aluminum LIDS. If these are not separated before they arrive, they are likely to be registered at a recycling plant, but will still end up incinerated. Small, thin materials and some food packaging are difficult to recycle because their reprocessing requires complex techniques that are not readily available. The challenging recycling process is then reflected in the price of secondary raw materials, making them very uncompetitive in the market.